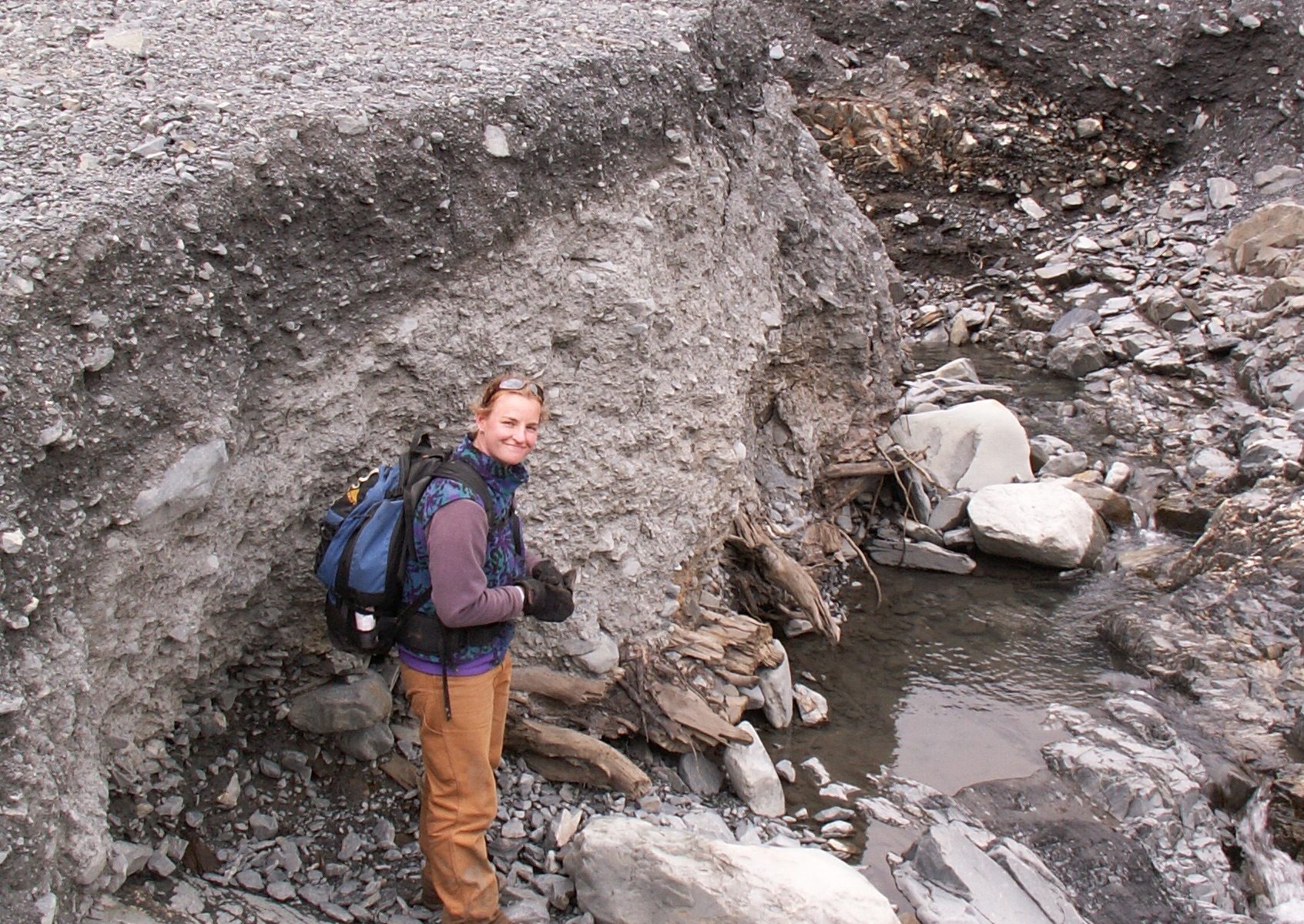 To understand environmental change and its current trajectory requires a long-term perspective of the natural variability in the Earth system. My group studies lake and glacial deposits that provide an archive of long-term climate variability. Our field-oriented projects are mainly in Alaska where past environmental changes have been pronounced and future changes are anticipated to be greatest. In the lab, we analyze the physical properties of lake sediments, particularly those from glaciated basins, and apply amino acid geochronology to resolve Quaternary paleoclimatic and geochronological problems.

Sediments that accumulate in lakes contain a wealth of information about past and present environmental changes. My group collects sediment cores from lakes and analyzes them for a variety of physical and biological properties. In addition to the analytical equipment in the Sedimentary Records of Environmental Change Lab at NAU, we collaborate with the National Lacustrine Core Facility and other laboratories for various analyses.

In southern Alaska we are using annually bedded sediment from glacier-fed lakes and isotopes and productivity indicators from non-glacial lakes to interpret climatic changes and glacier fluctuations.

In Arctic Alaska and elsewhere  we are monitoring the rivers and lakes, along with the weather, to inform our interpretations of the sedimentary sequences stored by the lakes.

We integrate our studies into larger international syntheses of  lacustrine-based paleoenvironmental records internationally.

Because knowing the ages of sedimentary sequences and their constituents is essential to understanding the timing, rate, and regional extent of past environmental changes, my group has a strong emphasis in geochronology. Specialties include:

The technique is used to determine the approximate ages of carbonate-based fossils as old as several million years. Recent applications in the Amino Acid Geochronology Laboratory include conservation paleobiology, time-averaging of the fossil record, tectonic geomorphology, as well as methodological advancements.

Radiocarbon
We use radiocarbon extensively to date our lake sediment cores, sometimes in combination of tephras, and to calibrate the rate of amino acid reactions. Along with the AMS facility at UC Irvine, we are helping to develop the rapid AMS procedure for dating carbonates.

All of the lakes that we study in Alaska contain volcanic ash layers from frequent eruptions of Aleutian Arc volcanoes. We collaborate with tephra specialists at University of Alberta and elsewhere to document the regional tephra sequences and have used tephra to validate the accuracy of radiocarbon-based age models, including their error estimates.

My group is involved in large collaborative projects that assemble proxy climate records to study past global climate changes. These synthesis studies are used to place recent changes in a long-term context, to evaluate climate model performance, and they give insights into natural climate variability. Developing the large datasets for these projects requires a major effort in data stewardship.

The Arctic Holocene Transitions project generated a major database of Arctic Holocene proxy climate records. We used the dataset to reconstruct Holocene climate changes across the western Arctic including Alaska and Yukon, Canada and Greenland, and the North Atlantic and Scandinavia.

We collaborate with colleagues internationally through the Past Global Changes (PAGES) program to generate global multi-proxy data sets of temperature over the past 2000 years, and to reconstruct temperatures for each continent, and the Arctic.

We worked with the USGS Powell Center on a paleoclimate synthesis of hydroclimate of North America over the past 2000 years.

In Utah, we collaborated with the US Geological Survey in a broad-ranging investigation of the paleo environments of Bear Lake and its catchment.